About Senior Scholars at Queens

Founded in 1973, Senior Scholars is a volunteer run organization for individuals, 50 years and older. Members and guests meet weekly, during each program year, to hear prominent speakers on a variety of interesting topics. Other programs occur though out the year and can be found under “Events”.

In Charlotte, “Senior Scholars” are known for their vitality, love of learning and desire to give back to their community. This is an organization that offers welcoming fellowship and wonderful opportunities to broaden members intellectual perspective and improve their understanding of international, national, and local issues and subjects of interest.

December 1972, a group of like-minded individuals began a venture to launch an educational program for seniors and retirees. With the cooperation and support of AARP, the Charlotte Senior Forum (an organization of retired executives), University of North Carolina Charlotte, Queens University, Davidson College, and Johnson C. Smith University, a format began to form.

On July 5th 1973, an historic meeting was set up launching the tradition of Tuesday mornings spent in learning and fellowship. An advisory committee was formed and the first successful programs were held in the Stultz Building at what was then Queens College. Support from eleven institutes of higher learning was solicited to provide speakers.

The ever-popular Great Decisions series was first held in the Myers Park Baptist Church and Dilworth United Methodist Church in 1976. The series continues with the support of speakers from area colleges and universities.

Senior Scholars moved its meetings from Queens University to Myers Park Baptist Church. The first social event was held November 30, 1976 in Shalom Hall at Myers Park with many more such events to follow.

Wildacres Retreat was planned and discussed for four years before finally taking place in 1980. Every year since, this has been a well-planned and well attended event of educational programs, meals and social interaction.

The organization enjoyed a growth spurt in 2010 outgrowing its space at Myers Park Baptist Church. A committee was formed to explore other possible venues. Queens University graciously offered a meeting place at their new Queens Sport Complex and with a memorandum of understanding, Senior Scholars was able to continue its stellar programs on a weekly basis.

The organization continued to grow necessitating another move to to accommodate the growing numbers attending the weekly programs.

Senior Scholars at Queens, with a paid membership of more than 900, most recently conducted its weekly meetings at Providence United Methodist Church. The weekly attendance often exceeds 500. Late spring 2020 speakers were canceled due to the pandemic of 2020.

Volunteers led the pivot to a virtual organization beginning with Board Meetings and Curriculum Planning. The Technology Team invested in virtual meeting skills and services to offer a virtual speaker program beginning September 2020. The organization is ready and excited to serve its membership, albeit in a new way, until it is safe to meet again in person.

Limited headcount in person meetings resumed late spring 2022. With the help of a team of volunteers the organization was able to support the safety protocol developed by the Board and provide the opportunity for members to attend in person. Virtual programs continue to be available to members as an alternative and to provide housebound and retirement communities access to our weekly programs. 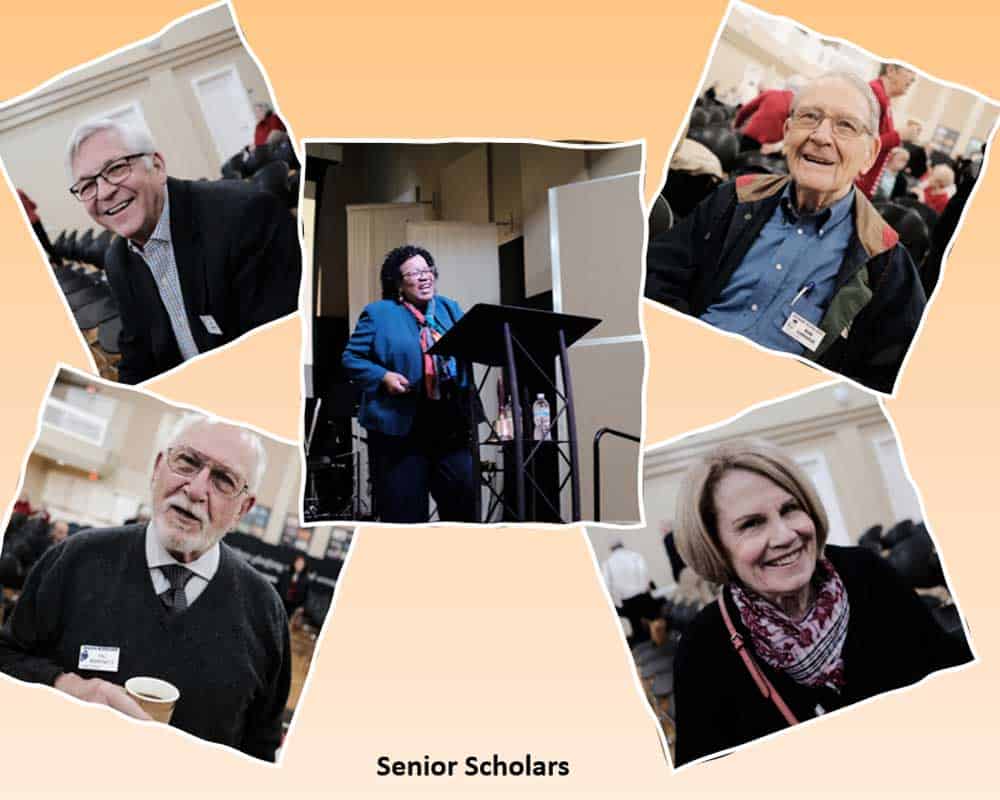