The County Manager will share important developments around the Board of Commissioner’s priority items:  Affordable Housing; Education Attainment Gaps; Environmental Leadership; Meck Pre-K; and Workforce Development.  She will highlight services and successes associated with these priorities and what’s next for FY23.  Recognizing that some Senior Scholars live outside of Mecklenburg County, she will share how the County considers the interests of anyone who lives, works, learns, or recreates in Mecklenburg County. 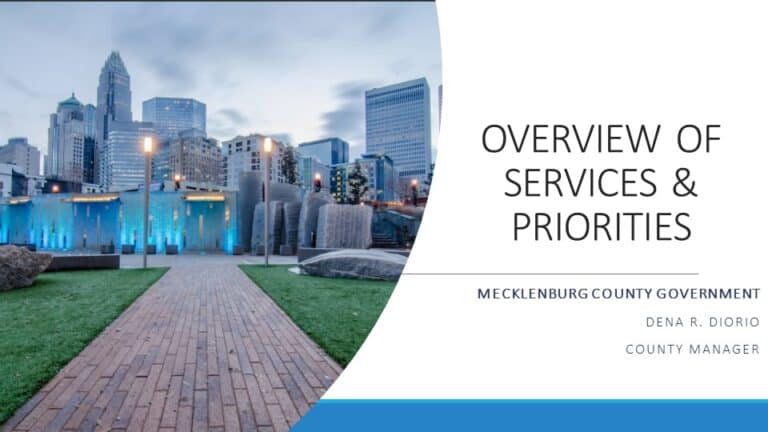 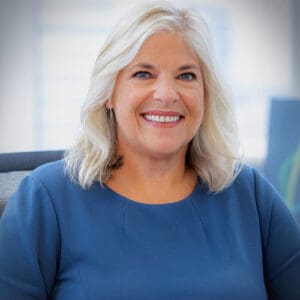 She is responsible for executing the policy decisions of the Board of County Commissioners and leading the County organization by overseeing the administration of County departments. She also advises the Board on operational and financial matters, services and other issues, and submits an annual operating and capital budget for the Board’s consideration.

Dena joined Mecklenburg County in 2007 as director of the Department of Financial Services. In 2013, she was promoted to assistant county manager for fiscal control, policies and standards compliance where she provided executive management oversight of the County’s Financial Services Department (comprising Central Finance, Human Services Finance, and the Office of Tax Collector) as well as MECKLINK Finance and the Assessor’s Office.

Dena earned her B.S. in social services from the State University of New York at Plattsburgh. She earned a master’s degree in public administration from Columbia University.

The State of Our City Center

Love in the Shadow of White Privilege and Racism