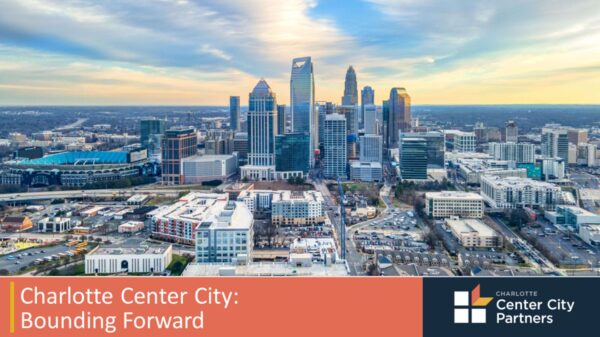 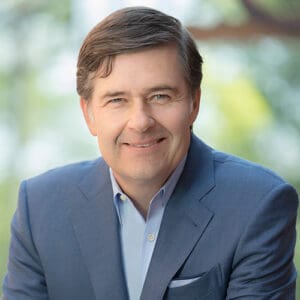 Michael J. Smith is the President and CEO of Charlotte Center City Partners, an organization that envisions and implements strategies and actions to drive the economic, social and cultural development of Charlotte’s Center City. Smith’s background blends corporate and non-profit experience.

Smith holds his MBA from Kellogg Graduate School of Management at Northwestern University and his undergraduate degree from UNC Chapel Hill. He has held corporate roles at AT&T Communications, First Union’s Capital Markets Group and By-Products Interactive. Prior to his role as CEO of CCCP, Smith was the Chief Financial Officer at the Charlotte Chamber of Commerce.

Since 2005, Smith has been the driving force behind a number of city-changing initiatives, creating and helping shape initiatives that have changed the landscape for the Charlotte in sustainability, economic development, urban neighborhoods, homelessness, transit and hospitality. Over the last couple of decades, Charlotte’s urban core has been transformed into a major destination, become a thriving neighborhood and expanded as the Charlotte region’s major employment center.

Smith is a past Chairman of the Board of Directors for the International Downtown Association. He also serves on a number of regional Boards including Boy Scouts of America Mecklenburg County Council, Belk College of Business at UNC Charlotte, Charlotte Sports Foundation, Fletcher School, the Hospitality and Tourism Alliance and the Charlotte Regional Business Alliance. He is very active with the St. Peter’s Catholic Parish.

He was raised in Greensboro, North Carolina, and has resided in Charlotte since 1998 with his wife, Kathleen, and their three children.

Great Decisions Topic: Russia and the US