With the help of BG Metzler as an interviewer, local entrepreneur Joan Zimmerman is going to share her life experiences and how she benefited from giving and receiving help along the way.  Born in Chicago, her parents took her to England during the Depression.  She will tell us of growing up in war time England and later working for the US Army in Germany.  Ms. Zimmerman will go on to share how she found her entrepreneurial spirit when she moved to North Carolina in the 1950’s. She and her late husband Robert founded event promoter Southern Shows Inc and moved it to Charlotte in 1962. Ms. Zimmerman will discuss the help she received along the way and her service to the community on numerous boards.  She will also discuss what we should commemorate during March which is Women’s History Month. 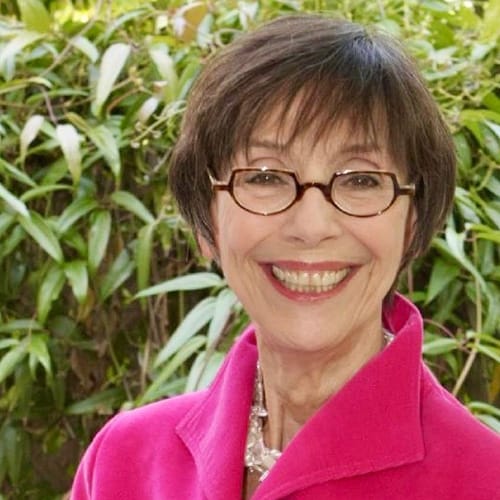 Joan H Zimmerman was born in Chicago and raised and educated in England.  In the early 1950’s, she worked in Europe for the occupying U.S Armed Forces in a group responsible for communications with local government officials.

Ms. Zimmerman returned to the US and was working for an advertising agency in Greensboro when, in 1960, she held her first home show in Raleigh.   In 1962, she and her late husband Robert relocated the company, Southern Shows Inc, to Charlotte.  The company continues to produce major consumer events across the eastern US.  Ms. Zimmerman has won numerous business awards and was inducted into the North Carolina Business Hall of Fame in 2005.

She has worked with many non-profits including Dress for Success and has served on numerous boards, including that of the Charlotte Branch of the Federal Reserve Bank of Richmond.