Science Based Facts to Help Us Stay Healthy in Crazy Times

When the pandemic began, Senior Scholars turned to Dr. Kevin Soden for science-based advice. For too long after he advised us to suspend in-person meetings, the situation grew worse. Infections rose, hospitalizations rose, deaths rose.

For a brief time in the summer, things got better. Until a second wave of infection swept over the country and the numbers began to rise again. At the beginning of the year, another turn as the vaccines arrived. We celebrated and breathed a sigh of relief until we realized how many people would resist life-saving vaccinations and the Delta variant, which made people sicker and spread more easily, changed the Covid-19 equation again.

The question before us now is at once simple and complex: What lies ahead? Join us as Dr. Kevin Soden returns with up-to-date, science-based advice on how to navigate the world into which we have been plunged. 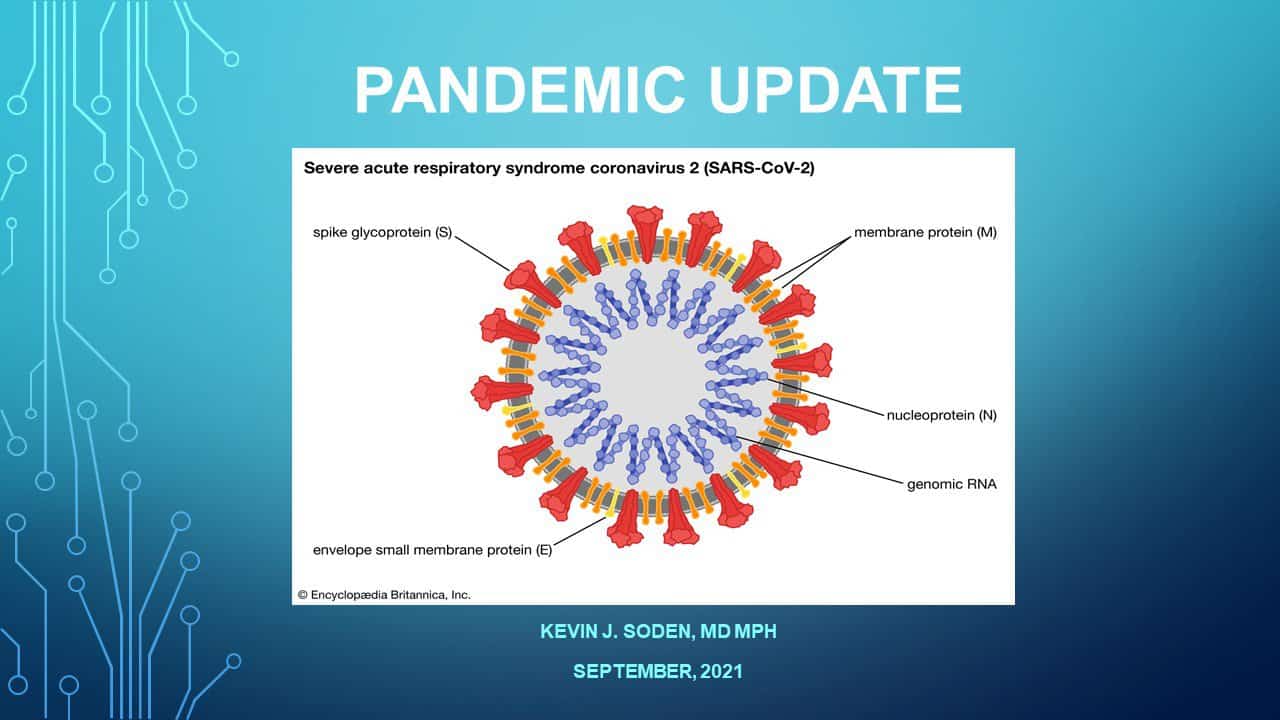 An emergency physician for 23 years, the founder of Health Care Savings (the oldest and largest physician-owned managed care organization in the Carolinas), worldwide Medical Director for Texas Instruments and the Cardinal Health Corporation, Dr. Kevin Soden is also an award-winning medical journalist.

He has been a national medical reported for NBC News and appeared regularly on the “Today Show.” His work as host of “Healthline” on the now defunct Retirement Living Network earned him an Emmy, three Tellys, and an International FREDDIE Award. For Polio Revisited, a documentary on the Post Polio Syndrome, Dr. Soden brought home an Award for Excellence in Healthcare Journalism from the Association of Healthcare Journalists.

In 2003, Dr. Soden published The Art of Medicine: What Every Doctor and Patient Should Know, a critically acclaimed book on improving doctor-patient relations, and was the primary author of Special Treatment: How to Get the High-Quality Care Your Doctor Gets. He contributed essays to A Practical Approach to Occupational and Environmental Medicine and to Physician Leaders: Who, How and Why Now? His third book, Women, Stress, and Happiness: 10 Steps to Having It All and Saving Your Life, appeared in 2015.

Dr. Soden graduated with honors from the University of Florida College of Medicine and is one of the original inductees into the University of Florida Medical Wall of Fame. He has an M.A. in Public Health from the Medical College of Wisconsin and a M.A. in Personnel Administration from Florida State University. He graduated from Belmont Abbey College with a degree in History (Yes, you can get a job with a history degree.)