From the skyline to the suburbs, Charlotte’s built environment has been transformed over the past three decades.

Historian Tom Hanchett looks back at those changes — with a spotlight on the growing role of women. 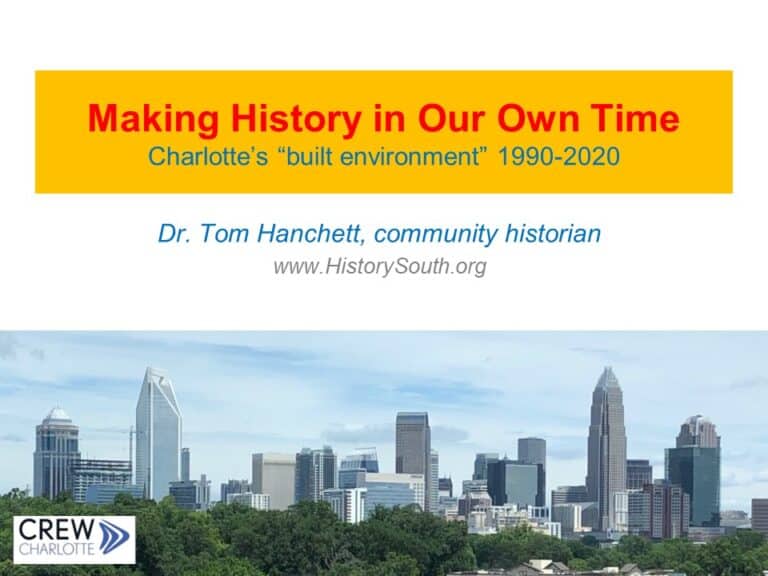 Dr. Tom Hanchett is a popular community historian in Charlotte. Educated at Cornell, U of Chicago and UNC Chapel Hill, he is best known as author of Sorting Out the New South City, a history of Charlotte just published in a new Second Edition from UNC Press. He served as staff historian at Levine Museum of the New South in Charlotte before retiring in 2016. He writes widely on Southern history and culture, including studies of Rosenwald Schools, country music in North Carolina, and immigrant foodways in today’s Charlotte.