Attorney Christopher Brook will chart the path from the Supreme Court’s decision in Roe versus Wade to its recent decision overturning Roe in Dobbs v. Jackson Women’s Health Organization. This discussion will actually start before Roe, laying out the decisions that provided its legal foundations.

And, beyond women’s rights, the discussion will lay out how Roe and its progeny relate to court victories for the LGBTQ community. Finally, Brook will discuss how Dobbs parted company with prior case law and what it means for women’s rights and the law more broadly. 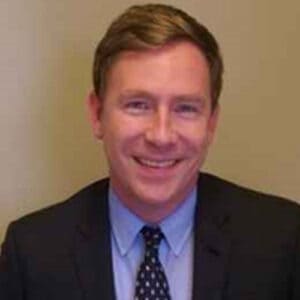 Attorney Christopher Brook is a Partner at Patterson Harkavy. He joined the firm in 2021, and his work with the firm focuses on the areas of appellate advocacy, civil rights, and employment law.

Chris has recently ended a term on the North Carolina Court of Appeals. Governor Roy Cooper appointed him to that position in 2019, and he served through the end of 2020. Before that, he served as the Legal Director of the American Civil Liberties Union of North Carolina from 2012 through 2019. Earlier in his legal career, Chris practiced in the Raleigh office of Cranfill, Sumner & Hartzog. He then worked as a staff attorney at the Southern Coalition for Social Justice in Durham. From 2007 to 2011, Chris served as an adjunct professor at Carolina Law.

Chris has received numerous recognitions for his contributions to the legal profession in the state. He was inducted into the James E. and Carolyn B. Davis Society upon his graduation from Carolina Law and was subsequently honored as the school’s Outstanding Recent Graduate. In 2016, the North Carolina Association of Women attorneys awarded him the Gwyneth B. David Public Service Award. Chris was recognized with the North Carolina Justice Center’s Defender of Justice Litigation Award in 2017.

Chris grew up in Raleigh and attended UNC for his undergraduate and law degrees. At Carolina Law, he was managing editor of the North Carolina Journal of International Law and Commercial Regulation and director of the Pro Bono Program. Chris is active in the community in his time away from the firm, currently serving as the Chair of the Board of Transplanting Traditions Community Farm.

Who are Climate Refugees?

The Evolution of Animal Welfare in Charlotte