Topic: The Battle Over Women’s Rights and Family Values That Polarized American Politics

She describes how in the early 1970s, an ascendant women’s rights movement had strong support from both Democrats and Republicans but was soon challenged by a conservative women’s movement formed in opposition. Tensions between them exploded in 1977 during a series of congressionally sponsored International Women’s Year (IWY) meetings in each state, culminating in a National Women’s Conference in Houston, Texas.

As Bella Abzug, Gloria Steinem, and a mostly feminist group of elected delegates from the states endorsed hot-button issues such as the ERA, abortion rights, and gay rights (an issue then new to American politics and to their agenda), Phyllis Schlafly, Lottie Beth Hobbs, and other conservative women rallied to protest federally funded feminism and launch a pro-family movement.

After Houston, Democrats continued to back women’s rights in cooperation with a more diverse feminist movement while the GOP abandoned its previous support for feminist goals and defined itself as the party of family values. From 1980 to the present these alliances have become ever more important, producing the deeply polarized, bitterly partisan political culture we have today. 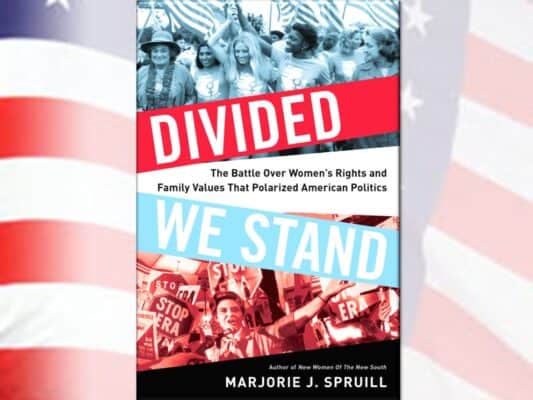 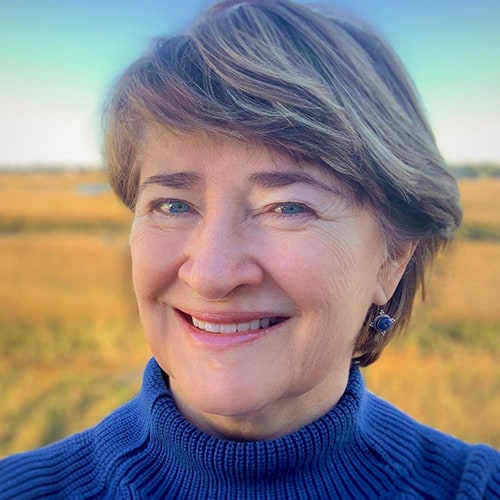 Divided We Stand: The Battle Over Women’s Rights and Family Values That Polarized American Politics (Bloomsbury, 2017). One Woman, One Vote: Rediscovering the Woman Suffrage Movement (NewSage Press, 2021). Nashville Public Television documentary “By One Vote: Woman Suffrage in the South.” https://www.wnpt.org/citizenship-project/woman-suffrage/ “In August 1920 in Nashville, Tennessee, the 19th Amendment was passed in a turbulent, nail-biting legislature session, by one vote. The result: women in the United States finally had the right to cast a ballot. NPT’s original documentary By One Vote: Woman Suffrage in the South includes interviews with dozens of experts including nationally recognized Southern suffrage expert Marjorie Spruill and Elaine Weiss, author of The Woman’s Hour.” Narrated by Rose Cash.
South Carolina Educational Television documentary “Sisterhood: SC Suffragists—Moving Forward.” a three-part documentary on suffragists in South Carolina entitled https://www.scetv.org/sisterhood-sc-suffragists “One Woman, One Vote 2020” New release of PBS documentary from 1995 With new Introduction and Conclusion by Justice Ruth Bader Ginsburg The 1995 documentary “One Woman, One Vote” was re-issued for the centennial of the 19th amendment. ONE WOMAN, ONE VOTE, the story of the 70-year struggle for women’s suffrage narrated by Susan Sarandon. One Woman, One Vote: American Experience Full Movie IN HD Visit: http://onlinehdmovies.club/movie/323783/

Marjorie J. Spruill is Distinguished Professor Emerita at the University of South Carolina. She is known for her work on women’s movements in the United States from the woman suffrage movement through the modern feminist and anti-feminist movements and the history of the American South. Her many publications on women and politics include not only Divided We Stand: The Battle Over Women’s Rights and Family Values That Polarized American Politics but One Woman, One Vote: Rediscovering the Woman Suffrage Movement (NewSage Press).

In 2021 Spruill brought out a new edition of the book, that she originally edited to accompany the PBS American Experience film “One Woman, One Vote,” expanded to include new material on the diversity of the movement, the role of white supremacy, regional and international issues, and the story of women and the vote from 1920 forward through the 2020 election.

Spruill’s work has won support from the National Endowment for the Humanities; the Woodrow Wilson International Center for Scholars; the Radcliffe Institute for Advanced Study, Harvard; the National Humanities Center, and the Gerald Ford Foundation. Spruill is also co-editor of author of multi-volume anthologies on the Lives and Times of women in Mississippi and South Carolina and a two-volume reader, The South in the History of the Nation. She was a consultant for and appeared in the MSNBC documentary “On Account of Sex: The Equal Rights Amendment,” and in Nashville Public Television’s new production, “By One Vote: Woman Suffrage in the South.” She was also a consultant for “Rightfully Hers,” the National Archives exhibit for the suffrage centennial.