The ideological divide in the United States about climate change has impeded progress in curbing greenhouse emissions. But extreme weather at both ends of the thermometer have focused attention on the consequence of inaction. What role will the United States play in future negotiations on climate. 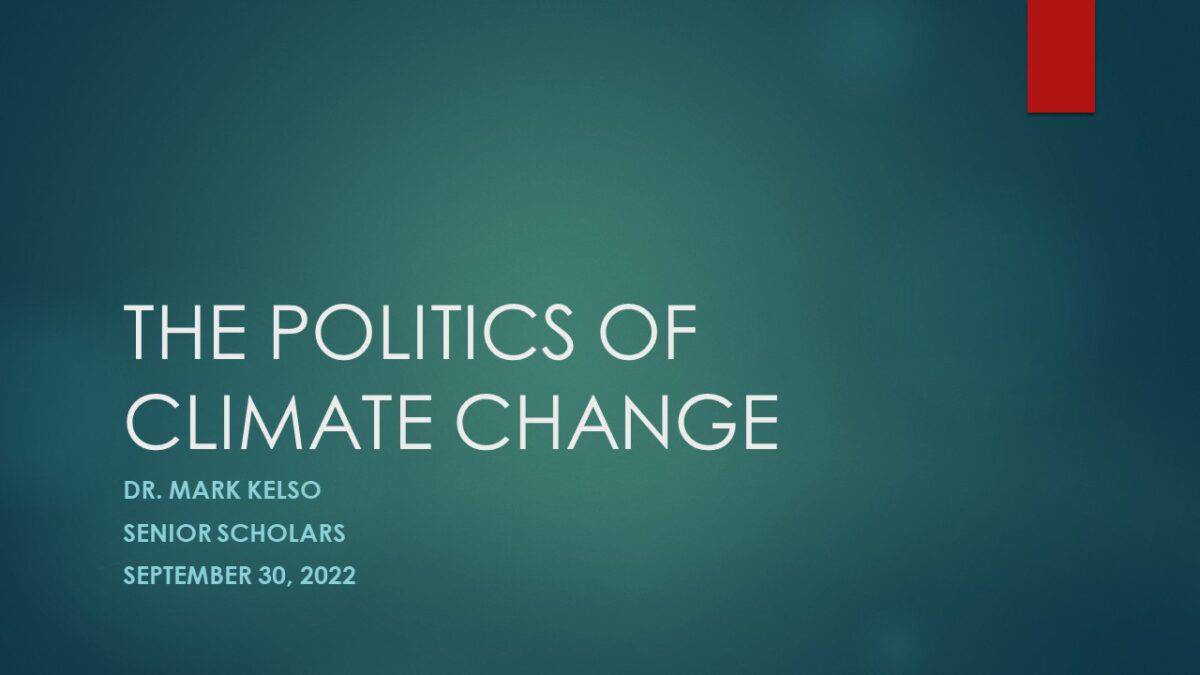 Dr Kelso is Professor of Political Science in the Queens University Department of Political Science and International Studies teaching a variety of courses at Queens including European Politics, Campaigns and Elections, Environmental Politics and Congress and the President. He has been teaching at Queens since 1996, He has also taught at the University of Nevada _ Las Vegas, at Penn State University, and at St. Francis College. He received his PhD from Vanderbilt University and his BA from Murray State University. At Queens, Mark has received the McColl Faculty Award, the Distinguished Professor Award, and the Hunter-Hamilton Love of Teaching Award, among many other awards.

His research interests include environmental policy, electoral behavior and political leadership. He has spoken and presented research on Presidential Rhetoric, the Environment and Climate Change, International Politics, Democracy, South Africa, and many other political subjects.

Amazingly, Mark began his political training back in 1986 when he was a U.S. Senate intern for then-new Senator Mitch McConnell.